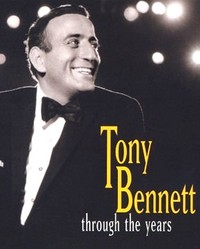 In the late 1970s, Tony was performing exclusively in Las Vegas. He had no record contract and no manager but he did have a drug habit and debts he couldn't pay.

During a drug high, he had a sense that he was going to start a compelling journey and when he came down he was ready to make major changes in his life.

His two sons were in a rock band and he asked them for help.

His son, Danny, told him to do two things: spend less money and go after a younger crowd. Tony hired him as his manager. He put his father on a small, tight budget and, although the money in Vegas was good, he moved him into concerts at colleges and small theaters.

In the mid-80s Tony re-signed to Columbia Records (he hadn't recorded an album in 11 years) and his son got him onto The Simpsons and MTV.

In his new market, Tony's old songs were very fresh. "To them, it was different. If you're different, you stand out." His 1994 Unplugged CD won a Grammy.

So, what are the keys to his success?

1. He was good at what he did. 2. He went after a market in which he would stand out. 3. He got himself into the right showcases for that market. 4. He put his personal life in order. 5. He got good professional advice and support from people who who had an up-to-date understanding of the business and were devoted to him. 6. He didn't give up when he was down. 7. He was willing to take less money now for future gains.

PS: Through The Years is a wonderful album available at Starbucks. I'm not being paid to say that. I bought a copy for my father for Father's Day.