Remember Biswajit Das, the Indian engineer who is in Canada studying for his MBA? He asked me to meet him when he passed through Toronto and I agreed. So, one day last week, first thing in the morning, I took the subway down to his hotel.

Before I left, I wondered who should pay for this affair. I mean, he's a student away from home but I was sacrificing billable hours to meet him. Well, generosity prevailed and I decided it would be me. So, as soon as I saw him, I said, "Come on, I'll take you for breakfast. Where do you want to go?" "There", he said, pointing to a classy hotel. "I'd like the buffet." Okay, fine. But, no sooner did we sit down than two other Indian engineers also taking their MBAs at Queen's just happened by and "naturally" sat down to join us. And when the waiter brought the coffee and asked if it was separate cheques Biswajit said, "No, he's paying," and pointed at me. "No way, Bombay!" I cried. "What is this, some kind of scam?" The Indians all started laughing (actually, howling) and said, "Don't worry, we'll pay," and then they started bickering among themselves. Finally, Biswajit told the waiter, "Okay, give it to me," and the problem was solved. We got our breakfast from the buffet and settled in for what turned out to be a long, frank conversation.

The first things we discussed were cultural differences. I started off with a burning question. Does India suffer from light-skin bias? Almost all of the movie stars in Bollywood seem to have light skin. And, I was astounded to discover that there is a huge market for skin-lighteners in India (for women) and that matrimonial ads boast of the woman's fair skin.

"A recent survey conducted by Hindustan Lever Limited revealed that almost 90 per cent of its consumers of cosmetics desired a skin-lightening product. Fairness creams are most popular (commanding 70 per cent of market share), followed by toilet soaps, sun blocks, talcum powder, bleaches and other such beauty aids." The Tribune

"It may seem a strange phenomenon that in a country where the majority of the people are dark-skinned with subtle variations in brownness, the overriding factor that declares whether a woman is good-looking or not is the lightness of her skin. Would-be mothers-in-law crave for fair-skinned brides for their sons; men young and old, prefer lighter-skinned partners (if they have a choice) and most pathetically of all, women from all socio-economic backgrounds go to unbelievable lengths to become just a little whiter."
The Daily Star

The guys readily acknowledged that Indians find fair skin attractive in women. They said that men's skin is not an issue. And they denied that it is related to caste or that it has a role in recruiting.

I've seen this light skin fetish attributed to a desire to ape Europeans but, in fact, I've also read that light skin was desired by women in ancient Rome, apparently because it meant you didn't have to work in the fields.

In ancient Rome, women deliberately lightened their skin with lead based cosmetics. Wikipedia

And, in ancient Cretan wall paintings, the women have white skin and the men, red.

Men are always depicted with a brick red skin tone, while women were painted with fair skin. Art From Greece

So, I tend to think my new posse is right or, at least, largely so. It's not a racial prejudice since everyone is of the same race. It's kind of like our love of tanning only super-charged and in reverse.

The conversation continued and in the next installment I'll tell you about flexibility in the global workplace. (Don't worry it's exciting too).

Clarity is not enough.

When Paul Martin was our prime minister, he was dubbed Mr Dithers by the media because he would not, it was claimed, make a straightforward statement. Now, we've got a guy who made a straightforward statement about the middle east. Everyone here was flabbergasted, especially the media. But, you know what? I've yet to hear anyone on TV call him a good leader. Instead, his bluntness is seen as a sign of ignorance.

I think he made his famous statement on a Thursday. On Sunday, he was in St Petersburg for the G8 conference. The talking heads kept saying that he's learned his lesson now. He had no diplomatic experience when he took office and made too bold a remark. But, surrounded by the wise Europeans, he's backing off in favour of a more nuanced view. But, no, on Monday morning, the headline in the Globe was "Harper Refuses To Budge."

And has to agree with you

Again, no one was impressed by Harper's clarity or ability to stand firm in the face of pressure. So, the key issue when most people talk about leadership seems to be: Does the leader agree with me? If the answer is yes, he's a good leader. If the answer is no, he's not. It's just that simple.

Too Much Muscle Business! 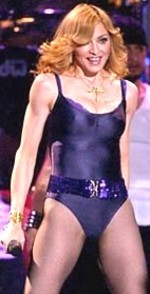 "Are you sure you didn't PhotoShop that?" was the constant refrain. No, I didn't photoshop it. And, I'll post another picture to prove it. She may look more girly here but she's just as muscular. (Okay, almost as muscular).

And let me say this about that. I admire Madonna for helping to create a new popular image of female fitness. In the old days, dancers had muscular thighs but they didn't flaunt their biceps and shoulders the way the she does. This is something new and nice for it not only looks good but adds, I believe, to the stature of women. If you've got muscles, you're nobody's plaything.

The Arrogant Boss and Voluntary Effort

I know a guy who owns a very successful medium-sized business. Once, at a group dinner, he bragged that his employees were so happy that they came in an hour early to load the trucks to make sure that their days would go well.

When I shared my thoughts, he got angry. But, to me this is the mark of a typical boss: he thinks he is doing you a favour by letting you work for him. And, this arrogance is a key factor in his success for it gives him the courage to ask for what he wants even if it is more than his due.

The Funny Banker claims that lying is the key to successful sales. I would add that the best selling, therefore, takes place when the sales person is able to lie to herself. If she can mentally twist every perspective in her favour, she can convincingly move forward with any audience she meets

And this is the case here. You might think you are smarter than your boss but you will never be his equal unless you too have the certainty that whatever is good for you is good for the country.

The jobnetwork.ca domain is taken -- I checked -- but although the constituent parts of the network are operative, there is no site called jobnetwork.ca.

So says the Ma'am.
Apparently, he is the king of exotic and potty humour.

Got this from Russ Moon on ERE.

Put these search terms into Google
1. resume
2. job title you're searching
3. area code of the place you want your candidate to live

The Manolo he is often asked the question, “Manolo, what sort of the shoe should I absolutely not wear?” This question, it is so easy to answer. Under no of the circumstances should you ever wear the ugly shoes or the cheap shoes.

The Manolo, he knows that the temptation for the cheap shoes, it is great. What with the rent and the foods and the many different bills, you are finding it difficult to get by on what “the man” he pays you. So, you are the shopping when you see these boots, selling for under fifty of the dollars.... Manolo shouts, NOOOooooo! Do not, under any of the circumstances, give in to the temptation and buy this boot!....

Manolo he reminds you that the cheap it is different from the inexpensive, from the bargain. Who does not love the bargain? The bargain, it is the classic, super fantastic shoe at the good price. The cheap it is the the awful shoe at any price. Manolo says, the second sort of shoe you should never consider the wearing of, is the ugly shoe.

See the extended commentary on this "issue" on Manolo's Shoe Blog

Why I Don't Like To Meet My Clients In Person 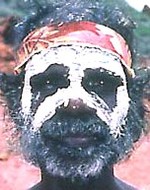