Word of the Year

Candidates want to work for managers who interview well.

They like it if:
1. You have studied the resume.
2. You ask questions that show you understand the field.

Why should I hire you?

Listen, dummy, I mean Mr Hiring Manager, you're the one who's supposed to know what your problems are. Not the candidate. How the heck is she supposed to know? Through internet research filtered through personal expertise? Give me a break!

You know your problems first hand and at the end of the interview you should know at if this candidate can help you. Gee whiz! What on earth are we paying you for?

Comment: People bring in consultants when they don't know what their problems are, they just know something is wrong. Johanna is saying it should it be different with employees. The diagnosis has to be done before you can recommend the cure which in this case is the new hire.

However, you might know you need a CFO and, not being one yourself, not understand all the problems associated with that hire. In this case you need a recruiter who does. That means someone who is not merely good at finding people. But someone who thoroughly understands the job and can tell the hiring manager what she needs.

I'll Eat You Guys For Breakfast

And spit out the bones says an undaunted Don JGo. 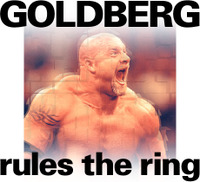 Well, it's all over Entertainment Tonight, Celebrity Justice and even The View. "Is Jobster in trouble? Will the Godfather of Recruiting 2.0 follow the Godfather of Soul into the dust of 2006?"

"I heard he's going to lay off a lot of people right after Christmas", says Rosie. "That's not very nice!" No, darling, it isn't. But, sometimes, that's what business leaders have to do. And anyone who joins a startup knows it.

And, so, the media pundits yak but the prophet of Jobsterism has no fear. "You ain't seen nothing yet." has been his constant refrain. And for those out there who are waiting for the funeral, he says he's starting a death pool. For you.

Are the Best Blog Awards in Danger?

Remember John Scully jumped from Pepsi to Apple because he thought he could do more than make brown water?

Is Cuppa excited? You bet. And he thinks he can contribute a lot. Told that Google's recruiting process is very slow, he said. "Gee, that's not good for business, is it?".

Asked about his strong points, Cuppa stressed his toughness: "I'm in the business of telling people "No". Lots of people want to work at Starbucks but most of them are like Charlie the Tuna, unwanted. Cuppa says it's going to be the same at Google. He actually plans to make telling people NO nicely the key to his strategy there.

In martial arts, this is called the Velvet Fist. Sun Tzu said, "The best battle is one that inspires your enemy to flee." And that's what the Cupster wants to do to his rejects. Inspire them by means of his radically honest rejections which he claims can enrich a brand.

Here's my big concern. Is he still going to come through with coffee for the Jason Davis Best Blog Awards? That contest runs on leftover Starbucks Christmas Blend.

It Couldn't Happen To A Nicer Guy

A cabal of elitist bloggers has chosen fellow old-timer Joel (Stinky) Cheezman as the bestest blog of 2006. The people however have gone somewhere else. Here's the popular vote. 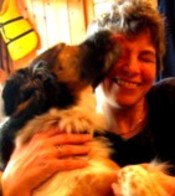 Vin Dieselevey salutes the Queen Bee of Telephone sourcing, today. He just likes talking to her. And, I do too.

Since April, when I started The Recruiting Animal, I've had the opportunity to speak to her a number of times and I like her accent, her attitude and what she's got to say.

And, please, don't get the idea that I'm slobbering all over her like a St Bernard. I liked her postings on Sourcers Unleashed before I spoke to her, but I didn't necessarily expect that I'd enjoy her company. But as long as Vin is making a point of saying he does, I will too.

As the royal road to Gen Y.

Police in Hamilton, Ontario were looking for a killer who stabbed a man in a parking lot at a rap concert. So they put a clip from a surveillance video on YouTube because they decided that this was the best way to reach other attendees.

"My own children are in that age category and they spend all their time on the Internet; they do not watch mainstream media." said Det. Sgt. Jorge Lasso.

Well, there you have it. From the cops. They way to reach Gen Y is though Web 2.0.

But wait. The clip was viewed 32,000 times but no witnesses came forward. Police claim that the interest in the case generated by the video prompted the killer to confess.

And, the Gen Y guys I know spend a lot of time watching TV.

Rookie of the Year?

Recruiter Guy posted a tribute to one of the most notable new bloggers of 2006, David Bull Doza Mendoza. After saluting him as a fitting successor to Slip Mahoney, the Guy has nothing but praise for this noteworthy networker.

Which leads me to the question: Is he the rookie of the year? He's got some stiff competition. Ami G, Carlton the Doorman, Jason von Alba and Amybeth have also created blips on the radar.

And since there was no rookie category in the Jay-Dee awards, I don't have to decide. It's enough to say that this highly energetic blogger would surely be a contender. And, if there was a prize for Most Notorious Recruiting Blogger of 2006, he'd win it hands down.