Unlike many libertarians, who seem to believe that our modern corporate society needs no regulations of any kind, and that the market alone can address all problems, I too am thankful for the resulting laws that led to new safety regulations, as well as a new age of labor peace in which the cloakmaker unions- as they were then called- signed massive agreements with employers that actually guaranteed both productivity and an avoidance of strikes that benefitted industry.

The conditions existing in 1911 hardly are similar to those in the 21st Century United States, although they clearly are more similar to conditions in many Third World countries where much of the manufacturing of clothing now takes place.

People aren't working hard enough [on their job hunt]. They're going through the newspaper or through craigslist or they're probably even spending ten hours a day going to interviews.

But what people don't understand is that they have a platform now. Twitter, Youtube, Wordpress, Tumblr to get their thoughts and ideas out there and that networking online....

Think about how you really get jobs in the real world. You go to a networking event and you meet someone and they become fascinated by you and they want you to work for them.

Well you can replicate that online, in your underpants while you're eating Captain Crunch. I think that's very powerful. And I dont think that people have understood that every principle that happens in real life is important to understand in the new media world.

They think it's stupid and silly and they are always thinking of why they shouldn't. And they hear that the Red Skins player made a mess or Domino's pizza.

To me, they need to start networking. If you're looking for a job and you're not going to search dot twitter and typing in the job you are looking for or the keywords in that trade and not [connecting] to the people who are talking about the things you are interested in, you are making a big mistake because these people connections are the ones that are going to lead to the opportunities.

Bill Vick: How do recruiters inside companies relate to social media?

I can find a great wine employee in ten seconds on Twitter by searching nerd wine terms, looking at what they are saying,clicking their blog or whatever they are linking to, looking them up on Facebook, and in about 45 minutes I could find somebody who is massively qualified.

You Are Not Short of Time

The time crunch is a myth. The real crisis is misuse of time.

We do things that aren’t high on our personal preference list.

It’s not just the time we waste doing unimportant stuff. It’s the time we are productive towards ends that don’t mean very much to us.

I don’t think the real time suck in life is the fact that you played Angry Birds for an hour last night. The real time suck is if you’re in the wrong job, or if you’re telling yourself that parents just can’t do things like play the piano or write novels or actually have fun with their kids because it’s more important that they clean the house or pack lunches.

Spend all afternoon running to different stores to save $2 on toilet paper!. Save scraps of soap to wet together into a new bar and pocket $5 per year.

When you do things to save money, look at how much time it takes. If you’re saving $2 / hour, this is way below the minimum wage.

I heard from people who insist that people are only willing to pay them $40 / hour between 8am and 5pm hence their time outside the workday has no value. 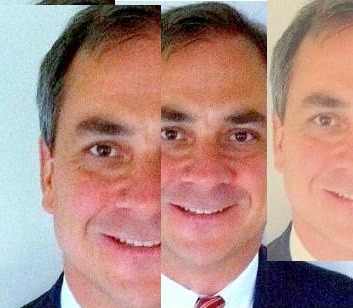 Listen on Quicktime - may take time to load

Make Yourself Unavailable -- Find the time

How To Save Time

Do 1 thing at a time. If you check email while writing an essay, it can take 15 min to get back into the swing of writing. Multi-tasking eats hours. Focus til you finish.

Aim 4 Good Enuf. Most of our work doesn’t have to be done to perfection.

Everything has its place. Time spent hunting for stuff is awful.

Groom Yourself Less. A 45 vs 30-min personal care routine = 1 hour per work week.

Don't Volunteer for things that require more time than you can give them. That's a betrayal of the project and yourself.

It is widely believed that part of the Orthodox establishment’s dislike for Steinsaltz arose from the fact that he appeared from nowhere.

He grew up in a secular Zionist family with strong trade union involvement in pre-state Palestine and became Orthodox of his own accord just before his bar mitzvah.

But Steinsaltz thinks the establishment could have accepted his background if he were more of a people person. He was targeted because he is “not gregarious” — he neither networked nor cultivated the right people.

It is easy to victimize someone who exists only on paper. This reduces him to the shallow, one-dimensonal role of an opponent. When you think of him all that comes to mind is simple hatred and disdain.

The author, himself, says that meeting Steinsaltz was a shock because he is so different in person than in his writing.

This doesn't mean that the conflict will be resolved. In person, some criminals are very nice guys but most conflicts are not that extreme and permit some compromise. Also, even in a court of law, if the accused shows remorse, in spite of the crime, it is taken into account during the sentencing.

It's Not Always Easy to Assess People

For anybody who has studied from Steinsaltz’s volumes, meeting him can be quite a shock. The Steinsaltz on the page is brief, succinct, and sometimes even terse.

The Steinsaltz who sits at his desk, puffing on his pipe while letting his tea go cold, responds to questions with long, winding answers, shooting off on tangents along the way.

There is even a diversion before we start: His warm and non-egocentric nature means that he insists on interviewing this interviewer before talking about himself.

This contrast, he admits, is no coincidence. “This work was in many ways to keep myself in rein,” he said, explaining that it disciplined his writing style and his intellectual direction.