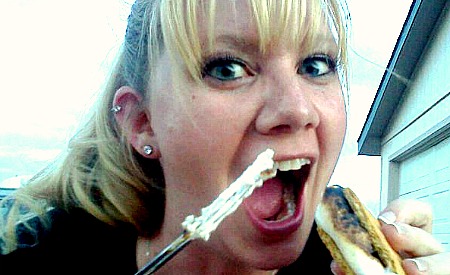 Editor at ERE Media -- The Fordyce Letter and SourceCon.com

Every once in a while someone does something that is so smart it just slaps you in the face.

Here's what I mean. If you find someone who loves doing something for free and then you hire her to do it for you for money that person is bound to be dedicated.

And that what Dave Manaster did when he hired Amybeth Hale and Lance Haun at ERE.

They know something about recruiting and they love social media so he hired them to run his websites while he handles the conference business.

To be honest, I don't know how they divide up the duties but that's what it looks like to me. And, Dave, I salute you.

I knew that Lance was valuable the moment he appeared, when he was still calling himself TheHRGuy because he was afraid to use his own name. I invited him to contribute to my blog and I had him on my show about two years ago.

The door was open to Amy, too, but for some reason, she proved resistant. I personally think that she's very proud and she didn't want to subject herself to the alleged indignities that we supposedly hand out on the Recruiting Animal Show.

But that's totally wrong. We don't hand out punishment. People slay themselves. They call up on phones you can't hear and what we are supposed to do, kiss them? Or they sound like they were drinking before they come on -- and what are we supposed to do, be happy? No way, we're not.

But Amy's not one of those people. She's not going to do that. Even though she doesn't have a landline and a landline makes for the best sound.

The other thing we hate is when people show up with nothing to say but I spoke to Amybeth on the phone the other day and she's got plenty to say. In fact, I had to cut her off. "Save it for the show," I said. "This is long distance."

Which means that yes she is coming on the show, finally. I don't know why but she offered. That's right, she offered. I don't grovel - remember that.  I don't need to grovel to get people to come on my show. They're banging down my doors.

But we're especially happy to have Amy join us, I guess because she's played so hard to get. That doesn't mean the show is going to be spectacular. Just because someone refused to come on for three or four years doesn't mean that we're going to have fireworks when they finally show up. You've read her blog. She's just human. All we can do is hope that we have a little fun (at her expense).

So, join us on the Recruiting Animal Show with Amybeth Hale, Wednesday July 20, 2011 at Noon Eastern Time. Right here