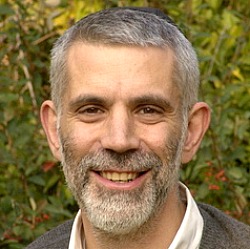 Billy K is not our regular fare on The Recruiting Animal Show.

He's an English prof who wrote a book about religious stuff.

But it's the middle of summer and time for something off the beaten track.

Billy has a key idea that is pure common sense: people forfeit success by opting for a simulation of success. Primarily, they try to hide or deny their failings.

They pretend to be certain of what they know in order to banish doubt. But this makes them narrow-minded and leads them to automatically discount people who don't agree with them.

They pretend to be a finished product and in that way and lose the benefits of experimentation, discovery and play.

They blame other people for their mistakes.

They put their faith in the trappings of success - wealth, title, respected contacts - when these are all unstable.

People are therefore, able to become stronger when these props fail them because then they are forced to become creative and find a better way.

What is the better way? Billy only hints at the answers. He says:

The world we live in is a place of action not completions. The wise man never fully knows. Performing wisdom - pretending to know - is a sign of its abandonment. Those who have no forebearance for stumbling close off the energies within

Trying to deny your taboo ideas is a waste of energy, as well. We shouldn't be  scandalized by our desires. We are allowed to be whole people even if we are not allowed to act everything out.

And, also, don't be too negative. You have more than one shot at success

Bill also has a lot to say about communication as a vehicle for the discovery of an ever-expanding realm of knowledge. Here's my summary.

1. What other people see has value.

Billy is adamant about this. He believes that every person will see something different in the same situation.

Your idea might not be the one I follow even if it's true because it might be trumped by another that has more value but that doesn't mean that it isn't worth considering.

For instance, there is always an ongoing discussion about whether it is best to be a specialist or a generalist. Each view has its own virtues and each point in its favour is worth considering even if, in the end, one seems better for you.

2. If you refuse to pretend that you know everything, then you are going to be a better listener.

3. You have to have some social smarts to make connections. Moses, for instance, might have been buddy-buddy with God, but when the Tent of Meeting was completed, he didn't just barge in. He waited until he was invited.

4. Attempts to create a false intimacy deny the more refined closeness that comes through acceptance of distance.

On a cold call, some recruiters like to launch right into a discussion of last night's game as if they're your old pal. This fake friendship can be a real turnoff when it is seen as mere bait on a hook.

Billy contributes to The Washington Post.
His academic specialty is John Milton.

PLAY - How I met Billy

PLAY - How I got religion

PLAY - What I get from religion

PLAY - It's a long season