Confessions of an Apple Hater

If I had a nickel for each time I’ve heard the refrain “Macs are just better,” I’d be writing this from a sandy beach in the Caribbean.

I didn’t matter that Macs could be just as crash-prone as Windows PCs.

It didn’t matter that Steve Jobs periodically made bizarre decisions (keyboards without arrow keys, now you see it now you don’t Firewire and USB ports).

It didn’t matter that PCs have almost always given users better bang for the buck in computing power.

It didn’t matter that the Mac user lecturing me had just picked their beloved (and dead) machine up from the Apple repair store. Macs were just better.

Then there was the latest version of the iPhone, which was a lot like the earlier version but had features added that really should already have been there in the first place.

That kind of conviction isn’t open to disagreement. It’s on the same plane as religious belief.

Why wouldn’t you want a device that is more capable, or faster, or by most real measurable tests superior? Yeah, I know, it’s not an iPhone.

The irony is that there are millions of Apple devotees who behave in a way that’s the polar opposite of Steve Jobs, a creative, independent thinker.

Why Didn't I Get The Job?

From: You Don't Know Recruiting - by Susan Strayer and Lars Schmidt (edited)

Every recruiter can commiserate with the call from someone who applied for the job, has great experience and is astounded they weren’t selected.

Here’s the thing — a great recruiter brings in 5 of those perfect specimens for an interview and there’s only one position.

It’s not about the perfect fit on paper at this point — the skill sets of those 5 have to be similar.

It’s about the fit with the team, the business, the clients, the culture -- something beyond “can she do the job?” that makes one applicant stand out above another. 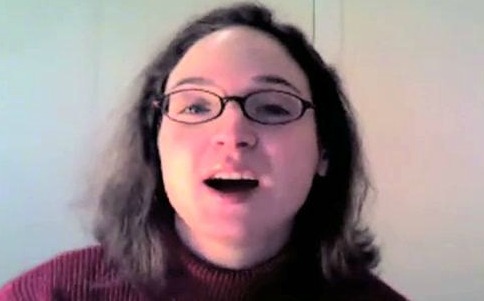 Alex claims that the recession has created a new world of work and lays out the moves you have to make to adapt.

In fact, she describes the eternal rules of work and tells us how she, herself, would apply them when there are few jobs around.

PLAY - The 80s were the same as today

So far his description is pure garbage.

It's a bunch of cliches that everyone puts in their resumes without offering any proof. It's pure bragging.

In addition, he has capitalized Results for no reason at all.