Recruiting Animal: About The Show 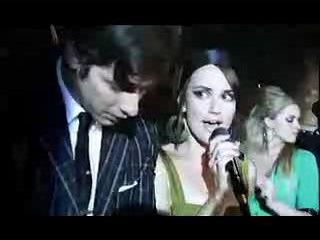 The Recruiting Animal Show is a fast-paced, hardball forum of recruiting infotainment.

Every Wednesday at noon Eastern Time, the Animal and his panel chat with a guest who has a professional connection to recruiting.

We have off-beat guests too - but only sometimes.

If you feel a strong desire to be animalized, you must read this first. Then, if you are still gung ho, let us know.

Then, you have to prepare. Here is a note I sent to an upcoming guest

Here's what makes a good show. The guest does some prep. That means she decides in advance on good topics. Then she thinks them through so she can speak about them in detail without me having to coax her, beg her or try to squeeze the information out of her.

Yours truly, The Recruiting Animal

If you are ultra-sensitive, this is not the place for you.

Anyone can call into The Recruiting Animal Show. You don't have to be special in any way.

The Recruiting Animal might call on you by your Area Code but you are not obliged to reply or identify yourself.

If you do choose to speak, however, just remember that this show is rowdy and you might get hit - but it really doesn't hurt. At least, not that much.

Also, remember, this is a family show and there is no swearing.

STRUCTURE OF THE SHOW

Every show starts with a meaningful introduction. The microphones of the guest and callers are not open until Jerry does the shout. The intro lasts about 5 minutes.

Then the Featured Guest is grilled by The Animal and Callers. This goes on until 1 o'clock. Sometimes, before the main bout, we have a 5 to 10 minute interview with a special guest who doesnt have that much to say.

Anyone who calls is immediately a member of the Animal Panel. This is a couch full of self-appointed experts who comment on everything. The people in the panel are forever changing but we do have a number of regular callers.

Some guests don't like being judged when they are not able to defend themselves. If you're going to have that problem, you shouldn't come on the show.

HOW TO CALL AND HOW TO LISTEN

How do I listen when the show is live?

Go to the show's page on Blog Talk Radio. Then click on the specific show you want to listen to.

What number do I call to talk?

Is this a LONG DISTANCE call?

The call-in phone number is in New York. If you are outside the local area, you will be making a long distance call when phoning in to listen to a show.

You get the best sound when you call in on a land line and a handset (not a headset).

Skype calls with a headset are usually okay. Skype without a headset is verboten.

Mobile phones are allowed. They can be a problem though. Sometimes a cell phone creates an echo or other noise that screws up the entire show.

We have lots sound problems on The Recruiting Animal Show. First of all, people are constantly interrupting me (especially Jerry). And, often, everyone on the call wants to talk at the same so you can't hear anyone.

In addition, there is always some idiot who calls in on one phone and then gets a call on another but doesn't put the first phone on mute while he is talking the second call. We can hear him doing business on the second phone but he can't hear us telling him to tune us out so I have to scramble to figure out who it is so I can mute the line. Don't do that.

Finally, some people eat their lunch while they are listening to the show and you can hear their cutlery banging away on their plates and then you hear them washing the dishes. All the while, you hear some other genius banging away on her keyboard multi-tasking or saying bad things about me on Twitter while she listens to the show.

During the live broadcast, there is running commentary about the show on Twitter. Most people tag the posts with @animal but some use the #RAshow a hashtag (created by DarinRMcClure).

How do I listen to the recorded shows?

There are archives on iTunes and on Blogtalkradio. Plus, I often post full show recordings and clips on this site under the Category "Podcasts".

You can subscribe to the show's feed on Blogtalkradio.

We usually like to sing a song on the show. If you have a favourite please bring it.

PS: If you are serious about being a guest read this.