« The Most Generous Generation | Main | Song of the Day » 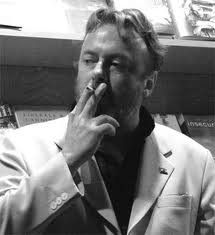 I knew him fairly well in the early 80s b4 he really became Christopher Hitchens.

He had just arrived from England.

He had followed my writing in the New York Review, he said, and so called me to ask (quite boldly, and charmingly, I thought) if I would introduce him around.

I brought him to a meeting of the Dissent Magazine board at Irving Howe's apartment and we kept in touch sporadically the way one did back then, before email and free long-distance.

Once I hit my own professional turbulence and took refuge of a kind at the Harvard Business Review, we pretty much fell out of touch.

In 1991, we debated about the 1st Gulf War at Wellesley College. He was against it, I was for it tho neither of us really knew what we were talking about. Then we went out for a drink and that was pretty much that.

My Comment: The fact that he was charming made his boldness easy to take. The same behaviour by a less competent schmoozer would not have been as acceptable. And most people don't have that pzazz.

Schmooze: To converse casually, especially in order to gain an advantage or make a social connection.