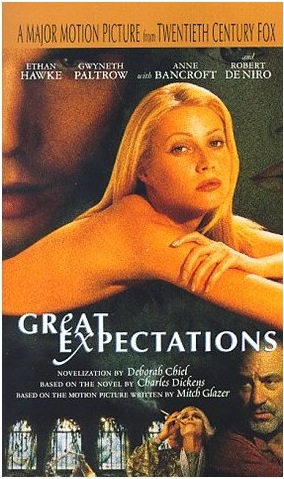 As I suspected they might, my criticisms of the BBC’s Great Expectations drew more comment than anything else I said on Sunday.

Given that the prosperous world trembles on the lip of a great precipice, with a real prospect of permanent and irreversible economic decline, is this reasonable?

Actually, yes. Books such as ‘Great Expectations’ were part of the great moral revolution which made this country prosperous, ordered and civilised.  They are crucial to our civilisation.

Like all great moral books, it makes the reader envy the good characters their goodness, and want to emulate them .

It made us recognise the good and the bad in ourselves - in fact Dickens ceaselessly did this,  probably because he was himself struggling all the time against his own cruelty and selfishness, and loathed these things in others.  ....

A good modern example of the influence of books for good is Patrick O’Brian’s fine series of historical novels set in the Napoleonic Wars.

Having read them, almost any thoughtful person will be a better human being, thanks to his or her encounter with Captain Jack Aubrey and his friend Stephen Maturin. 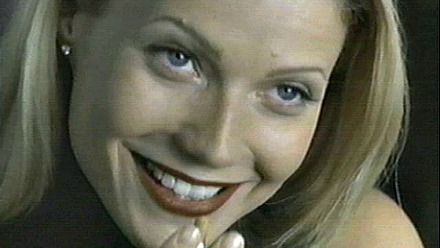 I suppose it’s more or less true to say, while the pre-1914 generation who shaped this country’s customs, morals and attitudes until very recently were formed by Dickens (with the Bible and by John Bunyan’s now-forgotten ‘Pilgrim’s Progress’ in the backs of their minds) modern Britain is formed by TV and soap opera.

Apparently the New Britain cannot tolerate the continued existence of the old one and since it cannot wholly forget Dickens has resolved to remake him to suit the world of Big Brother and the gap yah.

This is greatly important. The furniture of your mind, especially the stories and poems that are there, makes you incapable of some actions and thoughts, and capable of others.

I think anyone who has read Great Expectations and has allowed its characters to come to life in his mind, will be kinder, more forbearing and less vengeful – as well as less inclined to classify people by their external appearance – than anyone who hasn’t. 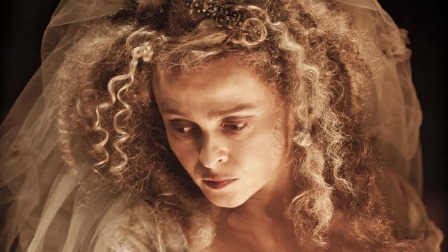 I also think that characters encountered in print live much more fully in our minds than characters who have been largely created for us by TV or films.

Also, the more we get used to having the work done for us, the less we are prepared to do for ourselves.

I don’t think anyone in this generation, that is, born since colour TV invaded children’s bedrooms, let alone since the arrival of computer games, is likely to make the effort needed to read their way into old-fashioned children’s books such as the Conan Doyle historical romances that I have always loved so much.

Comment: Hitchens complains that soap operas have replaced Dickens and The Pilgrim's Progress. That's a bit of a joke isn't it?

How many people who watch soap operas today would have been reading Dickens or Pilgrim's Progress 100 years ago? No one. How many of them could read? Whereas the soap opera fans can.

It's possible that Dickens has not been replaced by anyone of equal stature but popular novels are being written. Last week, I saw John Grisham described as, in some ways, a Dickens of today.

And here they are being compared in online forum.

DangerMom: I think we don't spend as much time training our brains to regard long chunks of dense prose to be entertainment.

People who learned to read from the King James Bible and Pilgrim's Progress and who regarded a 2-hour speech (religious, political, or whatever) as interesting public entertainment -- they learned from an early age to handle that kind of thing.

We pretty much don't -- we spend our time training to handle large amounts of fast-moving, busy visual media and a whole lot of other stuff as well.

I think we're losing deep, careful analysis and sustained attention in favor of shallow noise and constant novelty. Not that Victorians were all deep thinkers by any means.

For the ultimate, read an Official pronouncement from Elizabethan times. I'm amazed people back then could retain the sense of the sentence from the beginning, though all the stops and phrases, all the way to the end.