Myth of US Decline

In the fall of 2008, the US suffered its deepest longest economic contraction in 80 years. Its markets were cut in half.

All agreed that the U.S. had a very slim hope of recovering from  self-inflicted blows.

In fact, March 2009 marked the beginning of a recovery.

Continue reading "Myth of US Decline" »

In theory, this is supposed to be an exhilarating passage in the life of a woman. We don’t have to care what men think of us any more.

In reality, it sucks. I’d give a lot for men to look at me like that again.

The trouble with our culture, where we’ve all had the evils of sexual harassment pounded into us for years and where even the mildest flirtation in the workplace has become impermissible, is that we’ve shut out an emotionally enriching part of life.

This is the mutual appreciation of men for women, and vice versa.

Does A Mean Boss Lower Productivity

From: How much does your relationship with your boss matter - April 2, 2012 (edited)

1. US companies lose $360 billion a year to lost productivity from employees who have poor relationships with their supervisors.

2. Employees with strong ties to their manager bring in more money than those with weak ties.

3. “My supervisor, or someone at work, seems to care about me as a person.”

People who agreed were more productive, contributed more to profits, and were more likely to stay long-term.

4. Employees worked for two different supervisors on alternate days. They had good rapport with one but not the other.

On the days with the bad boss, their average blood pressure shot up.

A 15-year study found that employees who had a difficult relationship with their boss were 30% more likely to suffer from coronary heart disease.

But what about this?

Good companies are not wrong to be tough on employees.

In 2004, there were no adequate sharing and storage solutions on the web.

That's why we started Box. It was meant for all use cases and completely all purpose.

It was meant to serve everything from a student to a consumer and for enterprise. We launched the company, we started to get traction.

And then the industry and the market changed.

Rumours of Google Drive started to pop up. It had just been rumored but we realized that these bigger companies could subsidize online storage for consumers to the point it would be free.

That makes sense. If Apple is selling devices, having information stored online makes it easier to sell devices to access it.

With all this competition in the consumer space, it was going to be too difficult for us to differentiate.

But in the enterprise space, competition and customers are sort of defined a little more differently.

Enterprises want more agnostic systems that work across all platforms and we frankly thought we could build a better collaboration and content management offering.

So we decided to focus our entire company, all our marketing and sales, on the enterprise space.

Even if Google hadn't been getting into online storage, we would have gone into enterprise around the same time anyway.

If you think about the spend difference and the size of market difference, then enterprise is a really attractive market.

Google Drive, is an online storage service not yet released.

When rumors of its existence popped up, it spooked Aaron Levie, CEO of Box, which was an all-purpose online storage company.

Levie changed direction. He turned his company into online enterprise storage service and now it's worth more than $500 million.

Why didn't Google scare him out of business?

Google has lost its touch. Google Wave and Google Buzz were flops after drumming up a ton of excitement.

What happened to Google?

Aaron Levie, CEO of Box says:  Google is trying to do too much. It's fighting wars with Facebook, Microsoft and Apple — and it just isn't killing it in any one specific space.

Box is already way ahead in the enterprise. Google will probably be more geared toward consumers, and Google isn't too interested in jumping into a spot that's not already occupied with Apple, Microsoft or Facebook.

Near the end of his life, Jobs was visited at home by Larry Page, who was about to resume control of Google, the company he had cofounded.

Jobs gave him some advice.

“The main thing I stressed was focus. What are the five products you want to focus on? Get rid of the rest, because they’re dragging you down.

"They’re turning you into Microsoft. They’re causing you to turn out products that are adequate but not great.”

Page followed the advice. In January 2012 he told employees to focus on just a few priorities, such as Android and Google+, and to make them beautiful the way Jobs would have done. 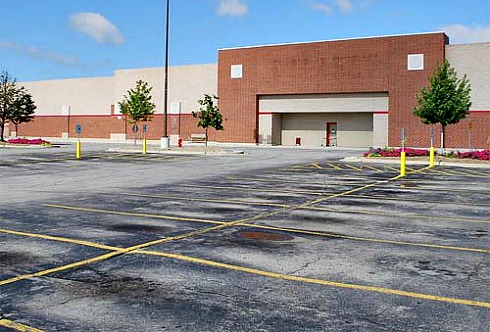 Meaning: the era of big-box retail dominance is coming to an end. Here's why:

1. Boomers no longer have kids at home - don't need to stock up on food and packaged goods.

Their kids are marrying later and delaying having their own children.

Meaning: fewer are buying houses that need to be updated and furnished.

The Middle East will attract scant attention in the future because the rest of the world will also be awash in oil.

Until recently, many thought the West was running out of gas. Then new technologies emerged to extract gas from shale and other rock formations.

Thanks to fracking, the US has become the world's largest producer of natural gas, creating a massive glut that has more than halved the price of natural gas.

The oil story is following a script. The US has the world's largest store of shale oil and it will soon be self-sufficient in oil.

Although shale oil technology is still in its infancy, much of the US shale oil can be developed inexpensively.

Israel has 250-billion barrels in one basin near Jerusalem alone. This is an amount comparable to Saudi Arabia's reserves. It expects to develop its oil at a cost of US$35 to US$40 per barrel.

Should the world price of oil drop to this level today's Middle East energy exporters will have been bankrupted and their autocrats ousted.