From: Did the American songbook kill jazz? (edited)

There may be no more darkly romantic song in jazz than “You Don’t Know What Love Is.”

It was written for a minor Laurel and Hardy film called, “Keep ‘Em Flying” but ended up on the cutting room floor.

A decade or two later, it was picked up by Chet Baker, Eric Dolphy, Coltrane and other musicians who recast it as a chilling, lonely ballad.

From: Joy by Zadie Smith (edited)

His most endearing quality was his generosity. For the length of one night Smiley would do anything at all for you.

Find you a cab, walk miles through the early morning streets looking for food, hold your hair as you threw up, and listen to you complain at great length about your parents and friends — agreeing with all your grievances — though every soul involved in these disputes was completely unknown to him.

Gnosticism is a loose term. Only a few of the groups and tendencies now considered Gnostic were known as such in their own time.

But this does not preclude the use of this convenient term for the religious movement that proclaimed a mystical esotericism for the elect based on illumination and the acquisition of a higher knowledge of things heavenly and divine.

It is to this knowledge that the very term 'Gnosis,' meaning 'knowledge,' that is to say, knowledge of an esoteric and at the same time soteric (redeeming) character, alludes.

From: Alex Spillius, The Telegraph

She made her case with her typical stridency, which often served her well, but on this occasion came back to bite her, not for the first time.

Rice will not be missed in European capitals, where officials found her talented and super-smart but abrasive and a touch sharp-tongued.

Some felt she was simply not diplomatic enough to be America's top diplomat.

Even in a town that rewards sharp elbows and brusque personalities, Rice has managed to make an impressive array of enemies

From: Lloyd Grove, The Daily Beast

Rice’s personality—or “temperament,” in the parlance of her Beltway critics—is increasingly front and center.

She is frequently described in the press with such adjectives as “brusque,” “aggressive,” and “undiplomatic in the extreme.”

Some have wondered if Rice, who has a bull-in-a-china-shop reputation, is diplomatic enough for the top diplomatic job.

How To Control Anger

He says that if your spouse cheated on you and you want to leave her, you're better off if you're not angry. And to get rid of your anger you have to recognize that she is a (fallible) human being.

Here's what I think he's saying.

If you recognize that people are imperfect you won't expect very much of them and that gives you less reason to be angry at them when they screw up.

In fact, you might be sympathetic with their situation just like you'd sympathize with a little kid who can't do up his buttons.

Andrew says the pain of betrayal can only be satisfied by this kind of basic love. Any other approach will leave you feeling the sting and licking your wounds for a very long time.

Today, I read this on The Daily Beast. It's about Scott Broadwell, the husband of Paula Broadwell who famously had an affair with Dave Petraeus.

"He may have been able to restrain himself from answering betrayal with blind fury because he appears to consider himself not a king but a partner with his own human failings."

Note: I just checked with Andrew Thorn. He didn't tell me I was wrong about what he said. He just said this doesn't sound like him. So I assume I got it wrong. I will track down the exact quotation and post it soon.

Continue reading "How To Control Anger" »

You Can Do Anything

The dominant myth of the day (early 1960s) seemed to be that anybody could do anything, even go to the moon.

You could do whatever you wanted - in the ads and in the articles, ignore your limitations, defy them.

If you were an indecisive person, you could become a leader and wear lederhosen.

If you were a housewife you could become a glamour girl with rhinestone sunglasses.

Are you slow witted? No worries - you can be an intellectual genius.

If you're old, you can be young. Anything was possible. It was almost a war against the self.

I use game theory in my practice of recruiting: Either put the odds in your favor so you gain an advantage, or sit out of the hand and wait until a better scenario develops to mitigate your risk.

Only expend what you deem likely to give a return of at least 3x.

Two guys from the MIT Blackjack team mentored me in my other 'venture' of counting cards about six years ago. I ended up getting kicked out of several casinos and banned from one.

Gave it up for low-stakes recreational poker now. No longer a side business, just a little bit of fun with the boys every other week. 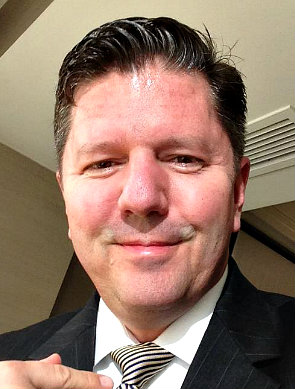 How to give your kids advice

The best advice I've learned from my dad isn't the advice he's given me, but the best way to give advice to your kids.

My dad will tell you what he thinks, why he believes it, and why he thinks it's right for you.  After you've listened, you make up your own mind.  Whatever you decide, it doesn't matter, he is behind you 100%.

Some things you just have to learn on your own, and my dad never held any decision I ever made against me.  He would root me on no matter the path I took, and help me out no matter where that path landed me.

From: Sasson, The Birth of Moses

Everyone loves a hero. Be it Wonder Woman or Muhammad Ali, a true champion is always inspiring.

Religious heroes are particularly intriguing, as they are expressions of the super-human effort required to reach extraordinary heights of spiritual potential.

Moses and the Buddha are worthy examples — both showing fearlessness in the face of tremendous odds and perseverance in achieving their goals.

The Value of Tragedy

From The Tyranny of the Happy Ending

The best tragedies show us that a great spirit is still great even when it doesn’t win, that aspiration, courage and hope, however doomed, are virtues in their own right.

That’s why reading (or seeing) “Hamlet” isn’t actually depressing, although everyone dies in the end and the hero doesn’t even get the girl. Hamlet’s moral struggle has meaning despite all that.

Continue reading "The Value of Tragedy" »