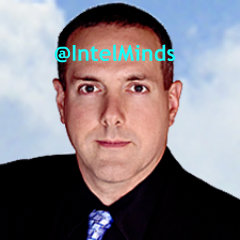 Daryl is an IT Recruiter in Toronto.

He works for himself. His company is called Intelligent Minds.

He was referred to me by @RLavigne42.

From: CNNmoney Why talent is overrated. Geoff Colvin, October 21, 2008 (edited)

Deliberate Practice is a skill-improvement technique. It's creators claim that success is not based on talent but intensive practice of specific skills. Here's how you do it.

1. Isolate one aspect of performance.

Identify a well-defined element of your performance that needs to be improved. Be very specific and focus on that one thing until it improves.

He was searching for a circulatory stimulant and LSD was the 25th in a series of ergot derivatives he concocted; hence the designation LSD-25.

Studies on laboratory animals did not prove significant and scientists at Sandoz quickly lost interest in the drug.

"I had a strange feeling that it would be worthwhile to carry out more profound studies with this compound."

In the course of preparing a fresh batch of LSD he accidentally absorbed a small dose through his fingertips and soon he was overcome by "a remarkable but not unpleasant state of intoxication … characterized by an intense stimulation of the imagination and an altered state of awareness of the world."

"As I lay in a dazed condition with eyes closed there surged up from me a succession of fantastic, rapidly changing imagery of a striking reality and depth, alternating with a vivid, kaleidoscopic play of colors. This condition gradually passed off after about three hours."