One person asks questions on Twitter. The others answer. All the postings are linked by a hashtag which is a keyword with a # at the start. Like #AnimalChat.

The AnimalChat is a Debate

It is not meant to be a stream of job hunting tips.

It is meant to be a debate about job hunting tips.

You can be a guest host.

What does the host do?

The host comes up with questions.

Then, when people answer the questions, she argues with them.

She has to debate. That's the key to #AnimalChat.

Yes, we are looking for ideas that are a little out of the ordinary but we're not looking for bizarre. I don't want you to host if you're a freak.

For instance: someone told me that he's a left wing anarchist and he wanted to know if that's okay. I said sure, as long as you talk about recruiters, job boards and resumes - and not bombing G8 meetings.

If you think you're up to it let me know. On Twitter. Here.

Note: We prefer questions about the things you don't like.

Think about a time when you heard a job-hunting tip and you said to yourself: "That's just wrong". Ask questions about those tips. Make up questions for which the dumb ideas could be answers.

For instance, you hear someone say that Linkedin is totally free of bias because it is open to everyone.

You say to yourself, "This is wrong. Linkedin is full of bias." So you come up with the question: Is Linkedin in diverse?. Then when people start saying yes, you point out why they are wrong.

You should prepare 5 but we might not get to all of them. Here are the questions we argued about in the first gig.

1. Should your Linkedin profile be a full-fledged resume?
2. What is the purpose of being on Linkedin?
3. Is Listening the key to being a good conversationalist?

Here is a record of the chat. Edited. Unedited

Only guest host if you want to

If I approach you to let you know that you can be a guest host - No is a fine reply. Only do it if you think it's something you'd like. Not something you think I'd like. If you're not really into it, I'm begging you to say no.

You're not obligated to say yes because you know me.When I need a favour I'll tell you it's important. This isn't.

Free-wheeling criticism is The Animal Way.

If you're sensitive and you don't like having your ideas criticized in public you might want to think twice.

#AnimalChat Is Not A Radio Show.

If you want to be a guest on the Recruiting Animal Radio Show click here - AnimalShowBasics.com 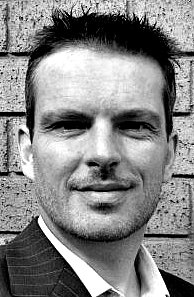 The Recruiting Deck of Wisdom

What's the goal of The Recruiting Animal Show?

To create a business broadcast that you don't have to force yourself to listen to. You listen because you want to.

And over the past year, we haven't been that entertaining. Why? Because the average person doesn't have much to say.  So lots of shows have flopped and it's my fault because I should have given those guests shorter sessions.

Therefore, I've tried to come up with some ideas for a shorter format that might give the limited guest (and the audience) a break. Here they are.

1. The one blog posting interview

When I see a blog that has some substance - be it stupid or inane - I will invite the author to come on to discuss it.

But just the blog posting - not his whole life.

He'll be on for 10 to 20 minutes and, presumably, he'll have something to say - because he wrote about the topic already.

I could do the same with anyone who leaves a good comment.

2. The story of a search

Another option is to invite recruiters to tell the story of one search from start to finish. It could end well or in disaster.

I'm assuming that a recruiter who doesn't have Alzheimer's can remember the details of a search well enough so I don't have to absolutely pull the information out of her.

And the story of a search will offer all sorts of teaching moments, won't it?

3. The story of a job search

I'm also open to job hunters coming on to tell us the story of their searches and, of course, we'd give them our critiques.

4. The one topic interview

And if you don't write blog postings and you don't comment on blogs but you've got a good topic to talk about, we want to speak to you anyways.

This is a great way for Animal Alumni - people who've already been on the show - to be a guest again after they've already delivered the traditional one hour confession.

So, anyone who has felt the urge to help me make the show fast-paced, hard-hitting and lively -- these are 4 easy ways in.

And you can stilll come on as the sole guest for the whole show if you want to and we'll try to squeeze every bit of valuable information out of you.

This seems to work best when we have a slew of callers who challenge the guest with interesting stories of their own.

But it doesn't work all the time.

So be a guest! Pick a date now. And let me know.

Letter To My Guests

How To Be A Good Guest

How Johnny Did It

The Promise of Shale Oil

The US has a lot of shale oil.

Citigroup says that in 5 years the US could eliminate all oil imports from the Middle East and other hostile suppliers.

It has already halved its oil imports from 2006 levels.

The International Energy Agency says that by 2017 the U.S. will become the world’s biggest oil producer.

By 2035 it will eliminate almost all oil imports (including from Canada).

During his father’s final illness, Lincoln ignored letters. Finally, he wrote to his stepbrother: “Say to him that if we could meet now, it is doubtful whether it would not be more painful than pleasant.” Lincoln didn’t attend his father’s funeral.

Many people are looking for someone to tell them they should not feel guilty for declining to care for their abuser. I’m happy to do it.

See also: The World of All Against All

How To Run a Talk Show

Carson never fraternizes with guests before or after the taping.

Newcomers are interviewed several days in advance by a talent coordinator who makes a list of the subjects on which you are likely to be eloquent or funny.

When you plunge through the rainbow-hued curtains you meet, for the first time, your host, interrogator, and judge. You have invaded his territory and once you are on Carson’s turf, the onus is on you to demonstrate your right to stay there.

Mort Sahl described what happens when a guest fails to deliver the goods.

“The producer is crouching just off camera and he holds up a card that says, ‘Go to commercial.’

So Carson goes to a commercial and the whole team rushes up to his desk to discuss what went wrong.

When an interviewer from Playboy asked Robert Blake whether he enjoyed doing the “Tonight Show,” he began by confessing that “there’s a certain
enjoyment in facing death, periodically.”

"It is so wired and so hyped and so up. It’s like Broadway on opening night.

"There’s nothing casual about it. And it’s not a talk show. You got like six minutes to do your thing. And you better be good. Or they’ll go to the commercial after two minutes.

"The producer, all the federales are sittin’ like six feet away from that couch. And they’re right on top of you, man, just watchin’ ya. And when they go to a
break, they get on the phone.

"They talk all over the place about how this person’s going over, how that person’s going over. They whisper in John’s ear. John gets on the phone and he talks. And you’re sittin’ there watchin’, thinkin’, What, are they gonna hang somebody?  And then the camera comes back again. And John will ask you somethin’ else or he’ll say, “Our next guest is.”

Carson can cope superbly with guests who tell interminable stories. Instead of quickly changing the subject he will allow them to ramble on while he affects  interest.

Now and then, however, he will let the camera catch him stifling a yawn. 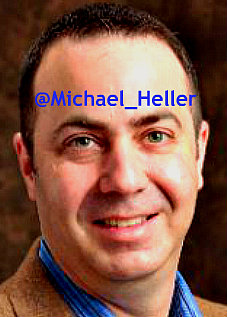 One day the Lord said to Moses, “Cut two flat stones like the first ones I made, and I will write on them the same commandments that were on the two you broke.

Be ready tomorrow morning to come up Mount Sinai and meet me at the top.

No one is to come with you or to be on the mountain at all. Don’t even let the sheep and cattle graze at the foot of the mountain.”

So Moses cut two flat stones like the first ones, and early the next morning he carried them to the top of Mount Sinai, just as the Lord had commanded.

The Lord God came down in a cloud and stood beside Moses there on the mountain. God spoke his holy name, “the Lord.”

Then he passed in front of Moses and called out, “I am the Lord God. I am merciful and very patient with my people. I show great love, and I can be trusted.

I keep my promises to my people forever, but I also punish anyone who sins. When people sin, I punish them and their children, and also their grandchildren and great-grandchildren.”

Google presents itself as the world’s leader in handling big data.

It attracts users with the idea that trusting cloud services is moderne.

And, yes, the services are free but the users are indispensable to the company as advertising vehicles.

Then, it exposes users to the risk of a “single-point failure” that could in a few minutes eliminate many years’ worth of crucial data.

This is the same company famed for making every bit of data part of the world’s “permanent record.”

That embarrassing picture of you in a nightclub, that subversive definition of “santorum”— they and other ephemera are eternal, but all your e‑mail can disappear before noon?

You should read that whole article. It's amazing.

From: A Lie about My Father by John Burnside - review by Hilary Mantel

The road of excess leads not to the palace of wisdom, but to the psychiatric ward.

What a long time the slide to oblivion takes. . .  It is a comforting lie, he says, that an addict hits the bottom and then bounces back. You can bump along the bottom for years.