How To Master Skills

Three years ago, Karen Cheng wanted to work for Microsoft Excel, so she put 100 hours into prepping for the interview.

Note: She had tried that elsewhere and failed.

After 2 years she didn't want to be a product manager, so she became a designer. She taught herself the skills in one year.

To make yourself stand out to a recruiter, Cheng advocates the going super deep method -- showing that you can already do great work for the position which is the only thing that predicts on-the-job success.

"I decided to become a designer, but I had no design skills. I thought about going back to school for design, but the time and money commitment was too big a risk for a career choice I wasn’t totally sure of.

"So I taught myself--everyday I would do my day job in record time and rush home to learn design. Super talented people go to RISD for 4 years and learn design properly. I hacked together my piecemeal design education in 6 months--there was no way I was ready to become a designer. But I was so ready to leave Microsoft. So I started the job search and got rejected a few times. Then I got the job at Exec."

Then she learned to dance in a year.

"Here's my secret: I practiced everywhere. At bus stops. In line at the grocery store. At work--Using the mouse with my right hand and practicing drills with my left hand. You don't have to train hardcore for years to become a dancer. But you must be willing to practice and you better be hungry."

The daily practice, she says, doesn't come from discipline; it comes from being obsessed.

And, regular practice is the key to developing skills so she practices at least five minutes every day, and uses the Lift app to keep herself accountable.

This article doesn't say anything about it but in order to be obsessed you have to believe that you can make progress even when you are starting from scratch and you are so awful it seems hopeless.

How To Master Any Skill

2. Sidestep Your Weakness. Looking at the small tasks, figure out the likely failure points and avoid them for the first five sessions.

Ferriss learned to swim only five years ago because he had a hard time breathing and got exhausted from kicking. Then he discovered Total Immersion Swimming, which sidestepped those pain points.

3. Use the Pareto Principle. You get 80% of your value from 20% of the work. So find the most valuable elements of the skill and go all-out on them.

4. Prioritize the small tasks. Determine what order you should learn them in.

Ferris became a tango champion because he started by learning the female role rather than the more complex lead role.

5. Practice when screwing up is okay. The worst time to learn how to cook is when you're trying to make a real meal.

Ferris practices making omelettes with green beans in the skillet so he doesn't spill eggs when he flicks his wrist.

6. Add a penalty for failure. You'll never make practice a part of your life unless you have to do it to avoid pain..

When you give someone a penality and a referee, the rate of practice goes from 25% to 70% compliance with the goal.

On Stickk.com you choose your goal, a referee and a charity you don't want to support. 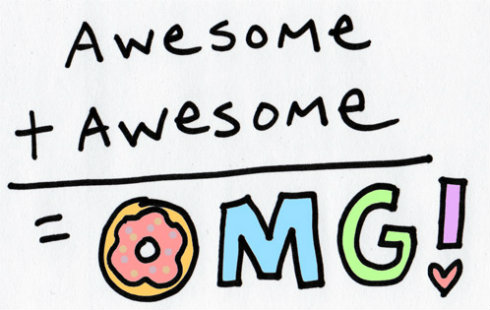 Keeping the public notified of the best recruiters active in social media is a time-honoured tradition in the Recruitosphere. So, here's my list for the Top 50 Twitter accounts in Recruiting Social Media for July 2013.

And, if you follow them, you will get the feel of the business from ordinary women and men. So, congratulations, all. And, hey, all you losers - better luck next time.

At the same time, this is -- deliberately -- not a list of my friends. I think that before publication I tweeted with Mitch and two other people on the list.

3. I tried to exclude anyone who had a private account. If I've missed someone and you can't see her tweets, please let me know.

I also didn't intend to include anyone who has only a few tweets. If you see that in managing a large number of names I've erroneously included some who should have been discarded, please let me know.

From: Jeffrey Katzenberg: Mogul on a Mission

When I bring up that whole mess, Katzenberg becomes heated — and for the only time during our interview, he goes off the record. When his diatribe finally reaches its denouement, he says, “Anybody else would have walked away from this.”

So why didn’t he?

From Jeffrey Katzenberg: Mogul on a Mission (edited)

Another of Katzenberg’s tricks is his old-fashioned etiquette. In the age of mass e-mails and Facebook posts, Katzenberg is old school, plying his friends with “personal calls and handwritten thank-you notes.”

Jim Messina, Obama’s campaign manager, described him to Kroll as “one of the best, if not the best, fundraisers out there,” and, according to the same piece, he doesn’t ask for much in return: “No ambassadorship to Switzerland, no regulatory tweak, no nights in the Lincoln Bedroom,” Kroll wrote.

Although, he added,: “Obama takes Katzenberg’s calls, and he and his political adviser, visited the White House almost 50 times between them during Obama’s first term.”

French children don't need medications to control their behavior because they learn self-control early in their lives. The children grow up in families in which the rules are well-understood, and a clear family hierarchy is firmly in place.

In French families, parents are firmly in charge of their kids—instead of the American family style, in which the situation is all too often vice versa.

From the time their children are born, French parents provide them with a firm cadre—the word means "frame" or "structure." Children are not allowed, for example, to snack whenever they want. Mealtimes are at four specific times of the day. French children learn to wait patiently for meals, rather than eating snack foods whenever they feel like it.

French babies, too, are expected to conform to limits set by parents and not by their crying selves. French parents let their babies "cry it out" if they are not sleeping through the night at the age of four months.

French parents, love their children just as much as American parents. They give them piano lessons, take them to sports practice, and encourage them to make the most of their talents.

But French parents have a different philosophy of discipline. Consistently enforced limits, in the French view, make children feel safe and secure. Clear limits, they believe, actually make a child feel happier and safer—something that is congruent with my own experience as both a therapist and a parent.

Finally, French parents believe that hearing the word "no" rescues children from the "tyranny of their own desires." And spanking, when used judiciously, is not considered child abuse in France. 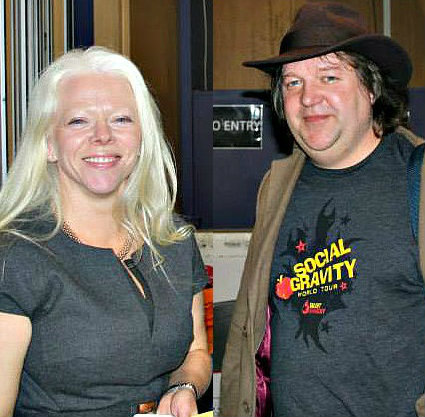 In 6 days (Weds 10 July) 5pm bst I am a guest on the Recruiting Animal Radio Show – my 1st radio appearance (and I’m going to get drunk!)

I love blogging.  I make a point of doing this 5-6 times a month – I practice what I preach – spread the love (content).  Someone spotted my latest blogs on the fab UndercoverRecruiter - titled: Recruiters: Don’t Expect a Return on Investment from LinkedIn! (It had 4,522 views last week and counting).

Anyway, I get a tweet out of the blue from the fascinating @Animal. He runs a radio show every week Weds 17:00 BST (noon ET) and he has a co-host – Jerry Albright.  I could be diplomatic, but @Animal won’t buy that – it’s mental! It’s a mental, shouty, direct, hysterical radio show about recruitment.  On his site he says:

“The show is rowdy. People are going to challenge you. Make sure that you will not be offended before you decide to be a guest.”

So he asks me to come on the show.  I think about this, ask a few people’s opinions, listen to some shows and decide to bite down and say “yes”.

He (robustly) interviews his guests for approx 1 hour.  His intros always crack me up. People can call in and ask questions.  He shouts (often), asks intelligent questions (sometimes ;) ),  and uses the phrase “shame on you!” alot.

At the end of the show the final act begins. Animal and the guest back out of the call and the callers then discuss the show, the guest, the content.  The outcome of this depends upon how good the guest was.  I have often heard the callers “tear a new one” for the guest – and nearly always for Animal (!).

I’m in great company with the previous guests:

From: Shadow Syndromes by Mike Formica

Albert Einstein had in his closet 7 white shirts, 7 pairs of black pants, 7 tweed jackets, 7 black ties, 7 pairs of white boxers, 7 pairs of black socks and 7 pairs of black shoes. During the summer months, he swapped out the jackets for grey sweaters, the shoes for sandals and would forgo the ties. He said in this way he did not have to waste mental energy on thinking about what to wear.

From: Steve Jobs by Walter Isaacson via Gawker

He also came to like the idea of having a uniform for himself, both because of its daily convenience (the rationale he claimed) and its ability to convey a signature style. "So I asked Issey to make me some of his black turtlenecks that I liked, and he made me like a hundred of them." Jobs noticed my surprise when he told this story, so he showed them stacked up in the closet. "That's what I wear," he said. "I have enough to last for the rest of my life."

From: David Cain via Drake Baer in FastCompany

"Give ample deliberation to the decisions that concern major aspects of life, such as career, family, relationships, high-level goals and creative pursuits, and don't let small ones hang you up. The big ones determine what you actually do with your life--and it is their doing that contributes most to happiness, so it's worth pruning out as many of the distracting minor decisions as possible so that you don’t cease the important doing because you’re caught up in unimportant thinking."

From: The Belmont Club

An Egyptian Ataturk might ask, “why not introduce a new religion?” One that emphasizes human freedom. One which teaches that nobody is going to save you but yourself. One which suggests that human government will at best be a necessary evil, to be limited and watched with great vigilance. A belief system that inculcates the idea that cumulative improvements to individual lives add up to a better society.

From: Susan Solomon on Marketing.Profs

Blogs are beginning to bore me. Not all blogs, but many are getting on my nerves. And, believe me, I'm not a teenager with the attention span of a gnat—I'm the mother of one, and you can bet he has no patience for most blogs either.

What's wrong with most blogs? They're too chatty, like my first paragraph. You probably didn't need to hear about my teen, but I thought it was clever. So I bulked up my writing with inconsequential meanderings. That's bad blog form.

Rubel rarely writes an entry of more than 150 words, but his blog is packed with content.

He's also generous with hyperlinks for each of his entries.