I entered the JobMob blogging contest. It's run by Jacob Share and there are two main sponsors.

WebHostingBuzz is a big web hosting company. Their sister company is Namecheap which Jacob has used as a domain registrar since 2006.

I commented on a posting on ERE.

How about some real stories about people you’ve met who have lousy ethics and some perspective on how representative they are. That would add some meat to this sermon.

@Animal, your style and trademark is cynicism and if that is how you think you may contribute to the world then so be it, I however happen to disagree and think you do more harm than good.

During World War One, a generation of young Germans had become accustomed to having the entire content of their lives -- all the raw material for their deeper emotions -- delivered free, so to speak, by the public sphere.

Everyone was cordially invited to concentrate on their personal lives, to arrange their affairs according to their own taste and to find their own paths to happiness.

But they had never learned how to live from within themselves, how to make an ordinary private life great, beautiful and worthwhile, how to enjoy it and make it interesting.

So they regarded the end of political tension and the return of private liberty not as a gift, but as a deprivation. They were bored, their minds strayed to silly thoughts, and they began to sulk.

Is Any Religion Peaceful?

Since George W Bush used the term religion of peace the idea of a peaceful religion has become a common topic of conversation. I suspect, however, that there is a confusion between the term peaceful and pacifist.

No major religion is pacifist. Only groups that are protected by the non-pacifists around them can be pacifist and continue to exist free from the depradation of potential enemies.

I thought of this when I read about a guy who was trying to justify a violent speech he made recently in Toronto. He said it was rhetorical but that certainly wasn't obvious. And even in excusing himself he didn't say it was outrageous and immoral.

He was identified as a Christian Palestinian and I wondered if his ideas were or were not contrary to his religion's point of view.

Here's an excerpt from The Toronto Star:

In the videotaped speech Hazineh, a Palestinian-Canadian Christian and former head of Palestine House, a group that promotes Palestinian culture and the Palestinian liberation movement, can be heard saying:

“When somebody tries to rob a bank, the police get in. They don’t negotiate. And we have been negotiating with them for 65 years. We say, ‘Get out or you are dead.’ We give them two minutes and then we start shooting, and that’s the only way they’ll understand.”

He admits the words were “inappropriate.”

“The language was used in a metaphor, it was not used in reality... It was inflammatory, I admit, but it was to make a point. I was trying to say that enough is enough.”

COMMENT: By the way, it's only because a local blogger videotaped the rally that this man's words became known to the wider public. Recently, in Toronto, a policemen shot a knife-wielding man who was standing alone in an empty streetcar. That's become a public issue, as well, and only because a bystander filmed it on their smart phone. This suggests that it will be hard for bad behaviour that is semi-public to escape censure as it has in the past. People won't be as free to spread hatred and justify violence as they were before. 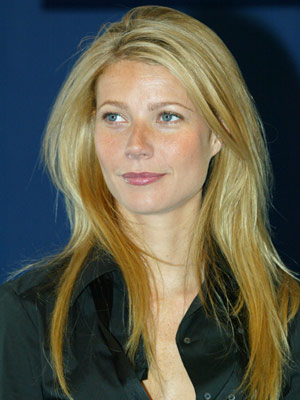 A few weeks ago I announced on Twitter that I love Gwyneth Paltrow. Naturally, someone challenged me and this time it was - no surprise - @ResumeStrategy. She said something like: "That's an odd thing to say. Not many men I know  would say that they love some celebrity."

Of course she meant not many real men -- but that's only because most guys are too smart to admit it. Is some guy going to go a movie and on the way home turn to his wife and say, "You know, honey, I really love Gwyneth Paltrow."? Not if he's smart

But social media is authentic and if millions of dollars were spent on Shakespeare In Love to make Gwyneth Paltrow seem totally loveable I'm not ashamed to say that it worked on me. In fact, listen to this: after I saw There's Something About Mary I was in love with Cameron Diaz and that was a low budget film.

And a few years ago I had a crush on Amy Winehouse. I liked her music and she looked good in her videos. But I guess that was shallow because my good friend, Maureen Sharib, the Tiger Mom of Telephone Sourcing took it upon herself to explain to me the meaning of the word skank. 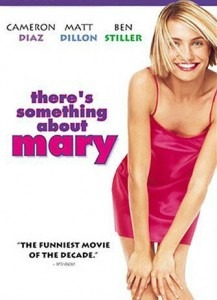 Of course she's someone who always complains about women stabbing eachother in the back but I guess they don't like it when shallow guys like me get taken in by the media. But I'm not the only one. I read an article a few years ago by a guy who went to a wedding and who was there but Gwyneth Paltrow

So he wrote an article about it. He said she looked lovely and she sang a song and then she danced with him  And at the end of the article he said, "Imagine that, I danced with Gwyneth Paltrow!".

That's true with Cameron Diaz, as well. I've seen her in other movies but it was never the same as There's Something About Mary. And, of course, poor Amy Winehouse became a drug addict and when you see a picture of her, now, it's hard to feel anything but sorry. 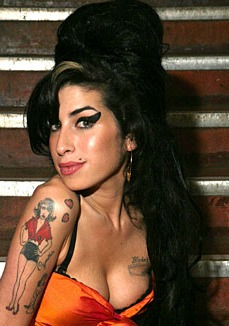 I'm going to say that you can get your resume written by a pro and you can have a career counselor train   you to interview and you're still never going to make the kind of impression you want because you're not in a movie in which every word is written out in advance and if a scene doesn't go well they simply reshoot  -- 50 times if they have to.

Have you ever seen those politicians who all of a sudden in the middle of a speech start gesturing mechanically? That's what you get from coaching. You say to yourself, "I have to move my arms now to let everyone know I'm still alive." But if you have to tell yourself when to move you're just going to look like a robot and convince everyone that you don't have any life in you at all.

I'll bet Tony Blair doesn't have to do that because he's a naturally good speaker. Barack Obama is a good speaker too and, apparently, President Kennedy was very good in interviews. He knew how to lay on the charm and you didn't have to teach him how to do it.

So my advice on interviews is: don't worry about being a charmer. Focus on your professional knowledge. And if you suffer from stage fright, well, I've read about musicians who use beta blockers to deal with that but I'm not a doctor so don't go out and take them on my say-so.

Now, before the career pros jump all over me, please note: I'm not saying that it's worthless to go to a resume writer or an interview coach. I just said that your goals have to be limited. When the interviewer says, "Tell me about yourself," she doesn't want you to hear your personal history starting at kindergarten and a coach can warn you against doing that. But if you're a drip before an interview you're not likely to change much overnight.

And, yes, you can grow as you get used to presenting yourself. But how many people grow very much? Even people with potential, get a job and put their presentation skills firmly on the shelf.