« Praise For The Animal | Main | Dark Matter on Linkedin » 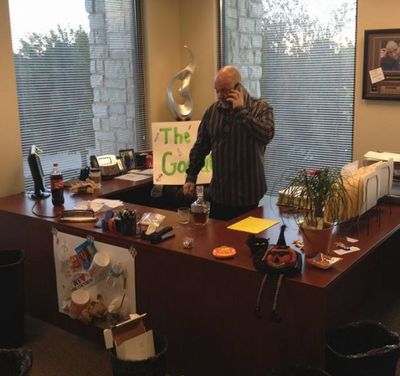 Jeff Chaponick is the CEO of RecruitersMAC. He was the guest on The Recruiting Animal Show on Wednesday, April 22, 2015 and it was a lively show.

I started off bydifferentiating myself from Fidel Castro. In the introduction I said that, unlike the population of Cuba, the mob gets to speak on The Recruiting Animal Show and that proved true in spades. Throughout the show, I had a perverse kind of riot on my hands.

If I said the song I picked was by Bruce Springsteen, that was no good but if I said it was by Tom Waites, then it was fine.

The complaints were endless and, in my opinion, they interfered with the show. And that's a regular flaw some listeners tell me. "You don't have to be like Fidel," they say, "but you have to know when to rein in the masses." And maybe they're right. You can judge for yourself. But, before I forget, let me compliment the guest for proving he's a real man. When most people tell you they have no voice it means that they are too chicken to sing -- but not him.

PLAY - Intro - The 9 people you meet on a search

PLAY - Jeff Chaponick - How do you determine company culture - 3:50 min

PLAY - Jeff Chaponick - He called on a good phone

PLAY - Jeff Chaponick - The Role of Personality in Success (1:50 min)

PLAY - Jeff Chaponick - Can you abandon a search?