Jimmy Kimmel told parents to tell their kids that they ate all of their Halloween candy and videotape the reaction.

Here is their edited version of the results.

The Wisdom of Ordinary People

I think I suffer from the only behavioral disorder that does not appear in the Diagnostic and Statistical Manual of the American Psychiatric Association. This is rather odd because the disorder has been known for at least two centuries, ever since the Reverend Thomas Dibdin published his great work in 1809, Bibliomania; or Book-Madness: containing some account of the history, symptom, and cure of this fatal illness.

The symptoms are as follows: The sufferer cannot pass a bookshop, or even an establishment that might have a few books for sale, without entering and buying a book. He spends far more on books than he ought or than his income can bear; he reads books arithmetically but accumulates them geometrically, so that there is a kind of Malthusian crisis in his house that will be solved only after his death, when his widow sells them en masse. (Practically all bibliomaniacs are men.)

Lowell Turpin was arrested last week after he glanced at his girlfriend's Facebook page and saw a picture of another man -- a clean-cut, white dude that he knew for sure wasn't him.

Instead of calmly asking her about the mysterious man, the 40-year-old allegedly grabbed her laptop, smashed it against a wall, and hit her in the face, according to news reports.

Turns out that romeo in the photo was Romney, you know the guy who is running for president.

They Liked To Sing

Q - What did you think of The Beatles when you first saw them? Did you think "this is the future of Rock 'n' Roll"?

A - Well, they were fairly un-disciplined in the very early days, which was nice. I enjoyed them. I'm a big fan.

I would stand at the side of the stage and watch every performance. I really loved them. It was interesting to see them kind of polish up their act during the run of the tour. They learned to be a bit more professional in terms of presentation without losing that raw stuff that they had, which was great and which everybody enjoyed.

We had a lot of fun together on the road. We would sing on the bus, everybody on the tour. We would all sing like Beach Boys songs and a lot of the early Tamla / Motown stuff, which they knew before any of us did because Brian Epstein used to import stuff from the States to his record shop in Liverpool. So, we used to do all that. We just got on really well.

These are the Animal Bad Words. They are banned from The Recruiting Animal Show. 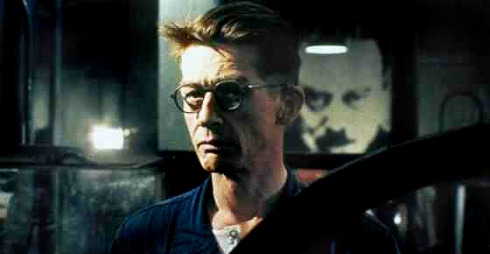 Reinvent yourself is an @animal Bad Word. (Overstatement - used endlessly in reference to Madonna)

Dynamic (as a noun) is an @animal bad word - I dare anyone to define it. This is a truly difficult dynamic to surf.

End of the day is an @animal bad word - every moron says it and anyone who uses it and isnt a moron makes himself sound like one. Anything that is repeated ad infinitum by everyone sounds low IQ.

Back in the day is an @animal bad word - it's way past it's stale date and it doesnt make you sound funny or cool.

Reach out is #overdramatic - what's wrong with saying I called him? Here's someone who agrees with me. Here's what it makes me think of.

Leverage is an @animal bad word - whats wrong with "use"

Thanks to Jeff Dickey-Chasins, The @JobBoardDoctor for noting some of my earlier declarations.

Wellness - This word absolutely sickens me. A cute, holistic, "natural" word for health.

Iteration - How did this become so popular? I absolutely can't figure it out because it's too hard for most people to understand. Iterate means to create a new version. An iteration is a version.

Integrate - a borderline case. These Latin words make my eyes glaze over. It means two things fit into eachother and work well together. (Or, maybe, that's seamless integration).

Passionate - Don't get me started. In the job coaching world, every job hunter is supposed to show passion. "Yes, sir, I've always been fascinated by bottle caps. Can you imagine where we would be without them? Some little things are so strategic and most people don't realize it. But not me. I'm clued in and that's why I've always dreamed of being a maintenance technician with your company. Have you ever had that sublime feeling where you're on top of a mountain and everything is stretching out below you? You feel like you could conquer the world. And that's the way I feel when I think of your firm."

Awesome - Verbal equivalent of a high five, something every 3-year-old can understand. Save it for the kids. With adults you can just say Neat.

In this day and age - I don't know if anyone says this anymore but I used to work with a pompous little creep who said it all the time. See: "in today's competitive job market".

Okay? - Saying this at the end of every sentence is sure to make you sound dumb. I say it a lot myself.

Trope - You never see this in business writing because no one like Steven Covey has made it famous -- but you see it everywhere else. And, you know what, I never saw it anywhere before. Not an attractive word, it means a standard image or theme used in writing and art and culture in general. It looks like half of apostrophe mispelled.

Paradigm - I don't even have to talk about this one. Everyone hates it by now. I never understood the popularity of the book it came from and I wonder if the semi-literates who use it realize that "model" means much the same thing.

Folks - Americans use it all the time. Canadians don't. It's as phony as a 3 dollar bill. We used to have a Prime Minister who always wore suits in Ottawa but when he was on the campaign trail out west he would suddenly don a denim shirt to appear to be a man of the people. That's what folks is about, too. You're trying to sucker us in by claiming to be one of the aw shucks, unpretentious, ordinary stupid working class. But I'm not your down-homey or your comrade either, so lay off, huckster, when you're talking to me.

Thought Leader - I've never seen THTLDR on a vanity licence plate but I have to say that I'm amazed because according to what I read there are a million of them out there, many self-proclaimed. But, then, every man is a prophet in his own bathroom mirror.

How can I help? - This disgusting phrase demeans a noble word. Salesmen use it regularly -- when they want to sell you something. Networkers say it automatically. They don't know you and they can't possibly care about you; they just want to offer you something so you'll owe them a favour. These grasping creatures try to make everything sound like a  helping situation that will ultimately help themselves. Shallow people in other professions also use it to brand themselves as do-gooders. And it works; you immediately know who they are.

Innovative - A dope reads about a fad then regurgitates the keywords and pats herself on the back for knowing so much smart stuff. Right now innovation is the solution to everyone's problems. Tomorrow it will be some other word. But in the meantime, the dummies are throwing it around like a basketball.

Empathy - This is one of the worst words in the world. First of all, what does it mean? I don't think anyone knows. Good old sympathy meant that you felt sorry for someone. But empathy? Supposedly it means that you understand them but not in a cold way. In a way that sounds an awful lot like sympathy. So when someone comes looking for an empathetic ear how is that different from looking for a sympathetic ear? It isn't. It isn't. It only sounds dumber and makes people in HR and helper professions think they are doing something special.

Note: Any @Animal Bad Word can be used legitimately if you do so to celebrate its ridiculousity.

Patrick Schwartzenegger replied to well wishers on Twitter after his parents split:

Appreciate all your messages. Small speed bump In life, luckily we own hummers, we will cruise right over it. All will be okay. #peace 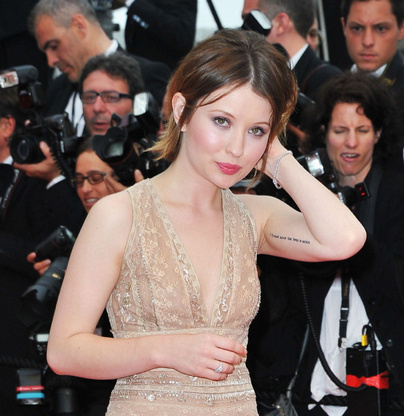