ANOTHER SNOREFEST ABOUT RECRUITING MILLENIALS

Advertising to attract young people today is a waste of money. Companies can use social media to influence this generation and get to know them.

Old-style job interviews were interrogations that grilled you about your strengths and weaknesses. Sometimes you had to perform tests that are
terrible predictors of effectiveness. Well, thank goodness, that's old hat now.

Companies have to start a dialogue with these kids early on even in high school. You use challenges, internships and summer jobs to get to know the best. Then you just slip them in. No recruiting required.

The Enthusiasm of Youth

From: The New York Times (edited)

For 65 years, the Nishat cinema stood in Karachi, Pakistan.

The show went on until last Friday, when a mob set the Nishat on fire. It happened on “Love of the Prophet Day,” a state-sanctioned holiday devoted to protesting an anti-Muslim video made in the United States.

As several Karachi theaters burned, The Express Tribune of Pakistan quoted a teenager declaring, “The United States doesn’t know who they have messed with.”

My Degree Is Useless

But it's not my fault.

Margaret Wente is taking a lot of heat for the column I quote from below but it's actually very good.

Laurel O’Gorman is one of the faces of Occupy Toronto. She believes the capitalist system has robbed her of her future.

At 28, she’s studying for a master’s degree in sociology at Laurentian University in Sudbury. She’s also the single mother of two children.

“I’m here because I don’t know what kind of job I could possibly find that would allow me to pay rent, take care of these two children and pay back $600 each month in loans,” she said.

Ms. O’Gorman is in a fix. But I can’t help wondering whether she, and not the greedy Wall Street bankers, is the author of her own misfortune.

Just what kind of jobs did she imagine are on offer for freshly minted sociology graduates? Did she bother to ask?

Did it occur to her that it might be a good idea to figure out how to support her children before she had them?

COMMENT: This actually reminds me of an earlier posting:

Would You Hire This Woman?

It's hard living on welfare but sometimes the recipient's behaviour doesn't seem to make sense.

Elita McAdam is a 37-year-old single mom. She has a 20 year old daughter and a 7 year old son.

The Toronto Star says, "The boy's father left the scene years ago." which implies that her daughter has a different dad.

McAdam has red and black checkerboard hair and what appears to be a pin through her lower lip. That's not exactly business style grooming.

But, then McAdam doesn't need to look business-like because she's in school.

In a job-oriented skills training program at a community college? No. She's studying sociology at university.

But if she's not satisfied with welfare, why doesn't she aim at the quick appropriation of some money-making skills?

From: Age of Ignorance by Charles Simic, New York Review of Books (edited)

It took years of indifference and stupidity to make us as ignorant as we are today.

Anyone who has taught college over the last forty years, as I have, can tell you how much less students coming out of high school know every year.

At first it was shocking, but it no longer surprises any college instructor that the nice and eager young people enrolled in your classes have no ability to grasp most of the material being taught. 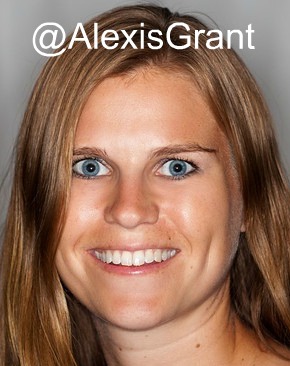 Continue reading "The Most Generous Generation" »

Where I am from, if you disrespect the teacher, you get whipped; and parents are not even allowed to enter the school.

I'm from South of Russia, from a Cossack community. In our lands, you walk through a school, all you hear are sounds of pens and pencils writing, teachers talking, and children only speaking up if asked something by the teacher.

All adults in our society, teachers included, carry a nagaika and do not hesitate to use it on a insolent youth. It happened to me a few times, and it hurts like hell itself. Very, very effective.

No, where I am from, you do not see drunk, disrespectful, rude, arrogant youth. When a elder walks into a room, if any young ones are there, they stand up, remove their hats, and bow.

In the street, you do not pass an elder who is walking before you without asking permission, it is rude.

On public transport, you would see, an elder comes in, on a bus, or a commuter train, even if it is not full, young ones right away jump up to yield their seats.

Discipline, respect, culture, it is beaten into you from a young age where I come from. And we are proud of that. The rest of Russia envies us for our ways.

Internet or Not Students Are The Same

From: Facing down a Wiki World by William Christian April 6, 2009

I once sat towards the back of a large class during a guest lecture and I estimate that one-third of the class had Facebook on their screen. Others were accessing their Gmail accounts. A couple were playing solitaire.

In olden days I would have been forced to pay attention, faute de mieux, or perhaps clandestinely read a newspaper, but now I play Scrabble or do little quizzes to see which car I’m most like.

Gen Y and The Recession

I read an article this week by Mark Liston. He's a recruiter and he is also a generational traitor and a pathetic social masochist.

Here's the essence of what he says:  I'm a baby-boomer and we're awful. Why? Because we're workaholics. We love blackberries. We can’t text message. And we have old Beatles records in the garage.

We have old Beatle records? Is that a sin now? No, but he treats it like one just so he can suck up to Gen Y.

He goes on to say: You guys are better than us. We had race riots. We went on peace marches. We went to Woodstock. We ducked bullets at Kent State.

Does anyone really think that Mark Liston ducked bullets at Kent State? Or that he was involved in a race riot? Of course not.

Mark is just an ordinary guy -- and so is his audience. In fact, there's probably less difference between Baby Boomers like Mark and Gen Y than between any generations in the last 100 years.

The proof is in the pudding because for the rest of his article Mark gives advice to Gen Y and none of it has anything to do with generational differences at all. Here's a sample of what he says:

All of us who thought we knew changed our minds

It's not bad advice but I was in a rage for three days after I read this article because of the oily, contemptible, cowardly way in which Mark rushes to appease the barbarians.

Then I started to think: Hey, this is actually a fantastic article because it's so stupid that it undercuts its own lies. First the guy says, "I'm dumber than you" and then he says "So, why don't you take my advice?".

Then I realized something else. My friend, The Funny Banker, tells me that when you come right down to it, selling is lying.

Mark is a salesman and, apparently, he knows that if you flatter people you can feed them any kind of baloney you want.

In the comment section underneath this article, the Gen Whiners lap this stuff up. "There's a sucker born every minute," said P.T. Barnum and Generation Y is proving him right.

Reference: Back to the Future — A Recruiter’s Thoughts

Mark Liston has many more articles of the same calibre. His blog is here