The other day, Rob Dromgoole, an excellent recruiter, posted a quotation from Colin Powell on Facebook. It read: "Optimism is a force multiplier".

That was one of of Powell's rules for leadership. He also said this:

"I am talking about a gung-ho attitude that says, "We can change things here, we can achieve awesome goals... Give me the unrealistic aspirations of the optimist any day".

This struck a positive chord with me but I think that it can be misleading.

When it came to taking military action, Powell was very cautious. The so-called Powell Doctrine  demanded that a lot of conditions to be met before you did anything.

This makes him sound like a real "pick your battles" kind of guy who shared a lot of concerns with the "grim realists" he denigrated. In a job hunting context, it would mean "Don't apply for anything and everything".

Michael G. Cox, another smart recruiter, quipped that Wayne Gretzky, the hockey player, ruined job search when he said "you miss 100% of the shots you don't take".

What did he mean by that? Gretzky's optimistic maxim encourages people to act on the basis of their unrealistic aspirations so they apply for a lot of jobs that they are clearly not qualified for.

As a result, recruiters are overwhelmed with useless resumes. And they resent it. They have no respect at all for people who apply for anything and everything. Doing that just makes you look stupid.

So, rather than taking Gretzky's optimistic advice or Powell's, stick with the more sober Powell Doctrine. Don't apply for a job unless you meet most of the qualifications and have a realistic chance of being able to do it from day one.

Look for hiring trends on Linkedin

Josh Bersin says: When you research a company, check past and present employees. Look for patterns or trends in where employees came from.

Some companies tend to have a pattern for hiring similar people from similar backgrounds and experience or companies.

This could indicate how difficult it may be to get in for someone who is not from the same groups.

From: - Al Green: How to Get the Inside Scoop on a Company (edited)

What kind of person does especially well here?

What type of person isn’t as strong a fit?

What time do you normally come in to work and leave for the day?

Can you tell me about a time there was a disagreement on the team and how it was handled?

How long was the previous person in the role?
How many people have held the role in the last five years?”

How have you seen the company change since you’ve been here?

If you could change one thing about the culture here, what would it be?

What do you wish you knew before starting work here? 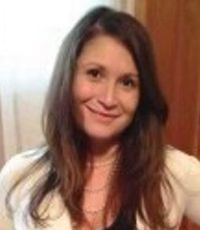 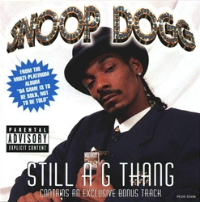 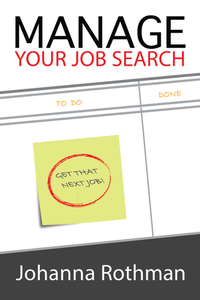 Johanna Rothman's "Manage Your Job Search" is a comprehensive guide to everything involved in the job hunting process.

It's well-written and easy to read and I enjoyed her use of examples from her own life even though I can see that she's smarter than me so you might think that her example would not be applicable.

But that's the appeal of this book. She wants to tell me how to be like her. And what's she like? She's like a de-cluttering expert, a project manager who navigates her way through every challenge with a simple, structured approach and she wants to teach you to do the same.

If you're a confusenik that's a lot to ask but, you know, some people join a religion to learn a structured way of living so I'd say that this is getting off easy.

What impressed me the most? Well, Number 1 was The Personal Kanban. Johanna starts off the book with a long section on managing your work flow. I found that surprising but smart. She's concerned that in a state of desperation or shallow optimism you're going to set too high a goal and  become discouraged when you fall behind.

Studies of willpower show that your ability to commit to a task is reduced when you are under stress and job hunts are stressful so it's very important that you moderate your pace in order to maintain it and, personally, I think there's great value in reducing your task size, limiting your work and doing the easy stuff first. And, if you don't believe me about willpower, google Roy Baumeister.

Number 2 was Knowing What You Like. Everyone is always stressing the importance of finding a company that is a good cultural fit for you but although lots of people talk about culture they are often quite vague about what it actually means.

Johanna isn't vague. She uses an analytic tool called The Career Line to help you figure out what you liked in the past and what you didn't and this information gives you questions to ask an interviewer to see if the company meets your needs.

Number 3 was Know What You Have To Offer. Moving on to self-presentation, Johanna insists that you have to know your value and she isn't talking about an exercise in ego enhancement. She means that you have to be prepared to explain every item on your resume and she's absolutely right.

I'm a recruiter and if I ask you a question about something you've listed on your resume, you'd better have a clear answer so, Johanna tells you how to analyze your work to draw out all of the relevant information.

Being able to tell a story about every project you worked on gives you something substantial to say in the interview. You don't want to overtalk but you don't want the interviewer to have to drag the relevant information out of you either. This advice might seem obvious but I interview recruiters about their best practices on my radio show every week and they have a lot of trouble telling me what they do on a daily basis because they haven't thought it through.

Number 4 was Networking. That's what Johanna calls real hands-on job hunting. She provides thorough instructions for working with social media but warns that sooner or later you will have to pick up the phone. I think it's important, therefore, to know how to sound good on voicemail so let me tell you my ideas about that.

No one feels like talking to a mumbler or dead fish so, if you're not used to introducing yourself, it helps to write a little script and practice saying it into your own voicemail 20 or 30 times. You record a 15-second message, listen to it, delete it, and do it again and again and again. Once the basics of your message become automatic, your presentation will sound more natural and you will be free to adlib whenever you want.

The fifth thing I liked was the discussion of Common Errors. Johanna ends the basic job search guide with a long section on the mistakes job hunters make. For instance, if a recruiter calls you out of the blue with a good job, you might feel torn by a commitment to your current company that your employer doesn't feel towards you. That's a serious issue that anyone who wants a progressive career is going to encounter.

The final chapter handles special circumstances for people who are very junior, very senior or who want to make a major change in their careers. She doesn't advise middle-aged people to dye their hair or hide the dates on their resume but offers more practical tips to deal with ageism.

All in all, the book is a good, up-to-date guide that I would recommend. Or, to put it another way, Johanna is a smart person, she's been around a long time and the book is a good opportunity to hang out with her.

I was interviewed by Jason Alba

Jason Alba runs an online software package for Job Hunters. It's callled JibberJobber and you can find it at  JibberJobber.com.

Jason was one of the first people I met who was promoting the use of software that was housed in the cloud. He's a very nice guy and he's been on my show a few times so I know he's a good speaker.

A few years ago, I read New Job, New You, a book by Alexandra Levit. It's about people who change careers and one chapter was about Jason. He was an IT Manager and was laid off and had trouble finding a new job.

He has a family so it was a big challenge for him and, in the end, instead of finding another job he started JibberJobber.com. He knew the ins and outs of job hunting and believed he could provide a service to job hunters based on his hard-won experience.

We spoke about job hunting issues and you can find the interview here: http://www.jibberjobber.com/blog/2013/11/22/the-recruiting-animal-ask-the-expert-recording/

@animal You take delight in finding the most jaded view of people's best intentions. #DevilsCynic

#HFChat Single most valuable resource in your job search: honest self awareness.

Q1: Will you seem unfriendly if you turn down a coffee or drink at an interview?

Q2: If U say how can I help to everyone U meet and they ask 4 more than U want to give do U seem like a hypocrite when U say no

Q3: Should you pay a lot of attention to your body language?

Q4: If UR willing to leave your current job after only 8 months can U promise the interviewer that U wont do it again.

Q7: How much will retraining and upgrading certifications help you get a job?