Animal: Now, you're the Executive Vice President of Sales and Marketing at Hireability.com. Can you tell people what a splits network is?

Craig: We use the term recruiting exchange. We help recruiters who are trying to find people for their clients to network with other recruiters who might have those candidates.

Most recruiters only place one or two percent of the people they come in contact with. What do you do with all those other resumes? Well, a recruiting exchange enables you to work with other recruiters who can put those people to work.

Animal: Now the vehicle for communication between the members of your exchange is called Talent Trader. But you've also got something called ALEX which is a resume parser. So when people join up to the exchange, do they dump a bunch of resumes into a common database that ALEX analyzes to make them easily searchable for everybody?

Craig: They have the option to do that if they like. ALEX is built into Talent Trader so you can just push a button and import resumes. ALEX will parse them which breaks them out and puts them into a Relational Database. We run nearly 30 million processes on our resumes in about a second. We aggregate data on the fly. It makes the information far more retrievable.

Rick Myers believes that Jobster's goal from the start was to make a big splash with its VC money so it could quickly build a notable brand and, on that basis alone, sell the company (or, go public). That's why it never had any product or service or made much, if any, money.

If that's true, however, why did they spend so much money on good people rather and why didn't Don JGo sell before things went sour?

The Tipping Point For Recruiter Blogging

In case you missed the flurry of postings and articles about Jobster's alleged troubles, Marty The Beadle Snyder has collected them here.

There's also this one which quotes the Animal. And, this one which has the greatest comments beneath it. All kind of potshots are taken at Don JGo but Ami G is at hand to come to his defence.

Now, according to business blog theory (a la Charlene Li), these attacks are gold -- because they reveal the full range of public perceptions about the company and its people. The problem is, however, that there is no demographic analysis attached to the complaints. We don't know how many people each vein of criticism (or support) represents.

One thing is certain, though: these three comments, which appear at the top of the list, certainly do work in Don JGo's favour by giving you the impression that anyone who criticizes Jobster is either drunk or insane. (No, I didn't write them).

About time Goldberg got fired. I met him at a queen anne bar, the guy is so full of himself. Looked like someone with all show and no substance. When does he find time to run the company? [#19851]

Goldberg is the one who needs fired. The guy is a fool. If he worried less about his Prada shoes and more about his business Jobster might have had a chance. [#19859]

Here are some other good ones:

I went over and read his blog for the first time and was stunned that this individual is running anything other than an ice cream truck. He truly does come off as a petulant boor who, in his rather inane desire to seem hip and open, actually does himself and (most importantly) his VC handlers an incredible disservice. [#20057]

Recruiting.com like jobster is all about hype where in a bunch of 10+ odd headhunters (most of them non corporate) are blogging day and night. I am not sure when they working? [#20152]

Kind of reminds you of this:

All recruiting blogs are worthless and designed by people for people who have nothing really to say; but they like to see their words in print. I've yet to find a recruiting blog that had content worth reading. The silly names by people who think they know everything about recruiting is embarrasing to the profession. [Shawn W]

It seems to me that Jobster is to recuiter blogging what the 2004 presidential elections were to the political blogs. No one paid attention before the elections but everyone has known of them since. And two songs come to mind:

I like it! (And, did you notice? Don JGo's code name is finally catching on).

"I stand before the court and my friends and family to let them know that I am not a broken man," Sorich said

Prosecutors said the defendants rigged interviews and falsified documents to hide that city officials were violating a 30-year-old court order that bars the consideration of applicants' political affiliation in doling out all but about 1,300 of the 38,000 jobs on Chicago's city payroll.

Sorich's attorneys said he made recommendations on who should be hired with an eye toward ensuring diversity. They denied he had forced the hiring of any specific applicant.

War on Terror Allies, Enemies in War For Talent 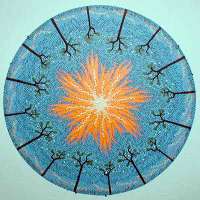